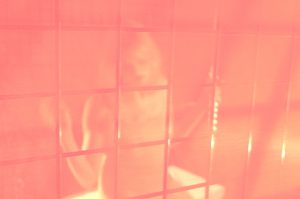 The use of this bio is not permitted.  Any replication of it is a violation of Lancaster’s wishes.

Her ongoing collaboration with fellow artphibian Juraj Kojs has resulted in many fruitful pieces of performance art including The Cage, The Wedding Procession, and The Memory Dress (commissioned by the Feta Foundation). Currently, they are producing and presenting The Apartment of Earthly Delight (an interactive audio/video installation traversing the psycho-emotional impact of the coronavirus pandemic through the exploration of a small NYC apartment).

Lancaster resides in New York City where she makes and deconstructs things, shapes and sounds. She is currently obsessed with magic trees, cellophane, and shadows.